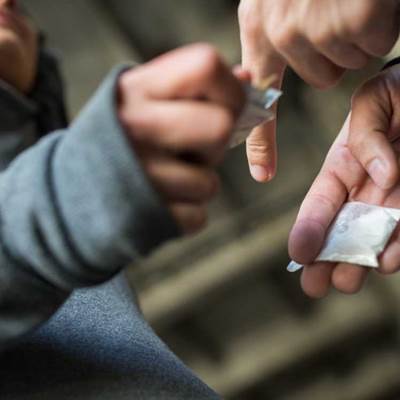 Weapons, drugs and cash were seized last week during a Yorkshire-wide crackdown on county lines crime.

More than 150 potentially vulnerable people (most of them juveniles) were either identified as being at risk or directly engaged with during the intensification week by the Yorkshire and the Humber Regional Organised Crime Unit (ROCU). It was part of a national week of action targeting county lines crime which sees criminals drug dealing across local and regional borders. Experienced drug dealers will often look to ‘recruit’ young and / or otherwise vulnerable people to do their dirty work by grooming them into a life of crime.

Detective Inspector Mark Catney led the operation for the ROCU:

“The term ‘county lines crime’ is fairly new but in reality, the criminal activity is not – it is drug dealing from area to area. What makes it even worse is how the ‘hardened’ criminals will look to groom usually young people to do their work."

“So whilst our enforcement work – arresting people, seizing drugs and weapons and other work is very important – equally important is warning people about the risks of being drawn into that life. That is why we placed an equal value during the intensification week to identifying people (mainly juveniles) who might be at risk so we can work with them to stop them being trapped and checking already identified vulnerable people and safeguard them."

“Prevention is better than the cure.”

As part of the intensification week officers also targeted prisons across the region. During the operation the team found six improvised weapons (shanks), cannabis worth £10,000. MDMA and 300 subutex tablets.

“The intensification week shone a spotlight on the issue of county lines crime and its wider impact on other forms of criminality but this is work that takes place all the time. This work and our wider work wouldn’t be possible without working closely with partners including the four forces of the region, British Transport Police, the Ministry of Justice and the National County Lines Coordination Centre."

“I would like to thank them for their assistance during the week and beyond – it really helps to make a difference.”