Warning! Unfortunately your browser has disabled scripting. Please enable it in order to display this page.
30 June 2022

A total of 11 people have been arrested and drugs totalling an estimated £170,000 have been seized today (Thursday 30 June) as part of a planned operation to tackle the supply of drugs and money laundering across areas of Hull and East Riding of Yorkshire. 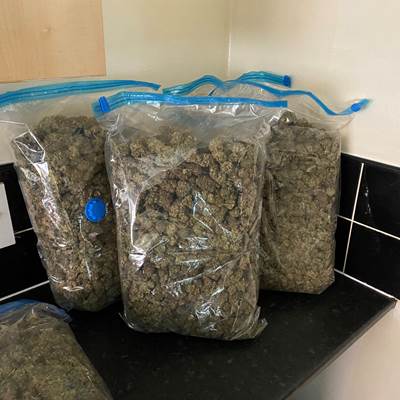 In a coordinated operation, officers successfully executed 16 warrants at addresses across the region.

The activity took place in the areas of Priory Road, Princes Avenue, Anlaby Road, Beverley Road and Cleveland Street in Hull and also Hessle and Selby.

As well as the arrests, officers have successfully recovered £100,000 worth of what are believed to be Class A drugs, £70,000 of Class B drugs, an estimated £60,000 cash, a number of valuable items, high value vehicles, counterfeit tobacco products and two air weapons.

Detective Inspector Andy Robinson, leading the investigation, said: “This was a great result today with a large quantity of drugs taken off our streets and a number of people in our custody whilst we continue our investigations.

“Organised crime gangs cause significant harm to our communities as they remain persistent in their attempt to supply and distribute drugs in our area. However, I am confident that the action taken through this operation will help disrupt this, making our streets safer.

“Our dedicated teams work tirelessly to disturb and dismantle these crime groups, with a particular focus on those leading the groups and those posing the greatest threat to our communities. Today’s action is the culmination of three months of intensive investigate work.

“We investigate all information that we receive, so please don’t worry if you don’t see immediate action. These investigations are often lengthy and complex and often the information we get from the public is used to build the bigger picture of evidence, enabling us to have the best possible chance of a positive outcome through the action we take when the time is right.

“Please keep talking to us if you have any information about crime in your area.”

The warrants form one part of continued efforts to make our streets a safer place for our communities, through partnership working alongside Operation Galaxy, the National Crime Agency and the Regional, Organised Crime Unit (ROCU).

The 11 people arrested in connection with investigation include:

If you have any information about crime in your area, please report it via our non-emergency 101 line or by speaking to local officers whilst they are out and about. Always call 999 in an emergency or if there is a crime ongoing.

If you would prefer to report information anonymously you can do so via the independent charity Crimestoppers by calling 0800 555 111.