Police targeting drug dealers across the Yorkshire and Humber area carried out an operation on Thursday to target so called ‘county lines’ criminal activity. 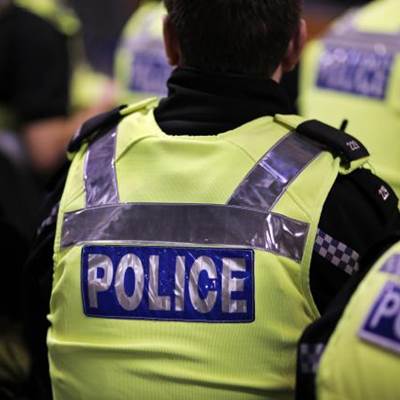 The operation, on June 4, was part of regional work by the Yorkshire and the Humber Regional Crime Team to disrupt criminals and safeguard vulnerable children together with North Yorkshire Police, Humberside Police, British Transport Police and the National County Lines Coordination Centre.

It took place in Bridlington, Filey and Scarborough.

Officers were there to engage with members of the public and educate them about the risks posed – particularly by drug dealers who seek to exploit and prey upon the vulnerabilities of young people and get them to do their ‘dirty work’ – so called ‘county lines’ offences.

Similar operations have already been carried out across the Yorkshire and the Humber region.

Part of the operation looked at the work of partnership working and how everyone plays a part in the safeguarding of vulnerable children.

A 31 year old man from Scarborough was arrested on suspicion of being in possession of cocaine. A number of high value watches, drugs and cash were seized. The 31 year old has since been released under investigation.

A 57 year old male was arrested on suspicion of possession with intent to supply a class A drug. He has been released under investigation.

Detective Inspector Mark Catney is the County Lines Lead for the Yorkshire and the Humber Regional Crime Unit.

“Drug dealers who are looking to move into another area need transport just like everyone else – and that helps us to target their movements.

“The exploitation of children to deal drugs in this way is known as County lines and is a particularly horrible way of committing serious criminal offences.

“Children and other vulnerable people may be groomed or simply forced through the threats of violence to get involved with hardened criminals who will stop at nothing to exploit their young age and vulnerability.

“Thursday’s operation was as much about giving advice to people about how to spot the signs that their child or other loved one could be forced into the crime and what to do to prevent that from happening.

“It also gave us the opportunity to warn criminals thinking of using the rail network that we know it happens and we will be waiting for them.

“We take this issue extremely seriously and I hope this proves to criminals they have nowhere to hide.

‘Through a collaborative partnership approach we can all work to safeguard these vulnerable children.’

Detective Chief Inspector Graeme Wright of North Yorkshire Police’s Scarborough command, added: “County lines drug dealing remains a major priority for North Yorkshire Police and we continue to focus firmly on disrupting the perpetrators and protecting the vulnerable. This latest operation demonstrates the collective ability of the police and partner agencies to work together to tackle what are complex issues and vulnerabilities. Criminals know no boundaries and it’s important that we all work in partnership whether locally, as a region or nationally, to protect our communities.”

Humberside Police Detective Inspector Richard Osgerby said, “Working with Regional and national partners enables us to be more effective in tackling cross border county line drugs offending. This operation is aimed at protecting the vulnerable victims who are being exploited by these groups and to reassure our communities that we are proactively tackling county lines drug dealing.

“In carrying out this operation we have been able to better protect the people and communities from across the region and minimise the risk that county lines drugs supply presents to these communities.”

Nikki Holland, NCA Director of Investigations and joint National County Lines Lead, said: “Disrupting the County Lines networks who exploit young and vulnerable people and put communities at risk by continuing their activity during the pandemic remains a priority for law enforcement.

“The significant action co-ordinated by the National County Lines Coordination Centre, is the result of a joined-up approach with our partners in law enforcement, and sends a clear message to criminal networks that we remain determined in our collective fight against County Lines offending.

“We continue to work with partners around the world to target those involved in County Lines and the supply of illegal drugs.”

“Since December, we’ve arrested 276 people involved in County Lines, seized £63,000 in drugs, £108,000 in cash, and removed 38 weapons from the railway across England, Wales and Scotland.

“This operation adds to the many operations we’ve carried out nationwide as we move towards making the railway as hostile as possible for drug dealers.

“It is also an opportunity to identify children and vulnerable adults being exploited or intimidated by these gangs into couriering drugs and cash, and ensuring they are appropriately safeguarded.”

Stuart Carlton, Corporate Director for North Yorkshire County Council’s  Children and Young People’s Service said: “In North Yorkshire the protection of vulnerable children and young people is one of our highest priorities and we have nationally recognised good and effective practice working in close partnership with the police, families and the wider community to disrupt county lines activity. Our service fully supports operations of this nature and engagement with the public to be alert to the signs of county lines operations which are so dangerous and damaging to young people’s lives.”

“In November I undertook a survey to identify the real situation in North Yorkshire. I heard from young people who told me how easy it was to get hold of drugs and from others who told me about their real fears and concerns around drug use in their communities.

“These results fed into my Drugs Summit which brought together all of our partners to take a look at the work we are doing in North Yorkshire, and ask ourselves the question, can we do better?

“I am pleased with the progress so far and to see so many organisations working together towards the common goal of disrupting County Lines, we are making progress but there is still a long way to go”