A convicted sex offender who exchanged messages with undercover police officers believing they were parents offering their children for sex, has been jailed for 12 years. 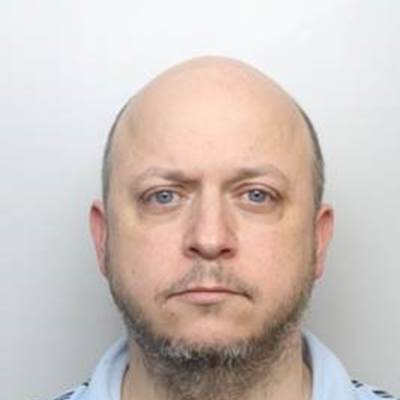 Richard Chappell, 44, of King Edward Street, Thornhill, Dewsbury, was found guilty at Leeds Crown Court in November of 11 counts of attempting to arrange the commission of a child sex offence and five counts of inciting child exploitation. He had previously pleaded guilty to two counts of distribution of indecent images, five counts of making indecent images and breach of a Sexual Harm Prevention Order (SHPO). At the time of these offences, Chappell was already a convicted sex offender and was prevented from having contact with children.

He was sentenced today (Friday, 17 December) to 12 years in prison with an extended licence for a further two years.

The offences occurred when the couple were living in the Crigglestone area of Wakefield. Both Chappell and Scott were given indeterminate Sexual Harm Prevention Orders.

The investigation involved the use of Undercover Online Operatives (UCOLs) from the Yorkshire and Humber Regional Organised Crime Unit.

Between 2016 and 2019, Chappell exchanged messages with accounts he believed to belong to parents with young children but were actually being used by undercover police officers. In these messages he described obscene things he had done previously and described what he wanted to do to the recipients’ children.

Through extensive detective work, officers were able to link the accounts being used to Chappell and he was arrested in April 2020. His home was searched and among items seized from the address were 36 bags of children’s’ knickers, a number of gingham school dresses and small sex toys. Officers also found phones and computer equipment with thousands of images of children stored on them.

Officers uncovered conversations between Chappell and Scott in which Scott was clearly aware of Chappell’s sexual desires and encouraging them, including sending him images of children.

In one conversation. Scott described to Chappell how she had committed an offence of sexual touching. Officers were able to identify the victim and Scott has been convicted of sexual assault of a child in relation to this incident.

Detective Chief Superintendent Carl Galvin, Head of the Yorkshire and Humber Regional Organised Crime Unit, said: “The use of UCOLs is still a relatively new area of work for the police and this is a landmark case nationally in terms of the scale of the investigation and the sentence that Chappell has received.

“Chappell is clearly a depraved individual will sexual perversions involving very young children. Even experienced officers were shocked by the extreme graphic nature of Chappell’s online messages and some of the items found at his home, including small sex toys.

“I would like to take this opportunity to commend the officers and staff involved in this investigation for their hard work, tenacity and determination. Their actions have ensured that we have identified and safeguarded victims and ensured a prolific offender is behind bars for a long time.

“Catching dangerous criminals is not always police chases and bashing down doors. I hope that this case shows there is significant work going on behind closed doors to identify and bring individuals like Chappell to justice.”

The investigating officers and Crown Prosecution Service solicitor were commended by the judge for their role in the investigation. 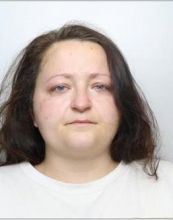